Don’t find yourself pouting, or even crying for that matter.

Did you know that you can create EDI validation rules and test them at the same time?  If not, then check out the Rules Tester section of the EDI Rules Creator Studio Application 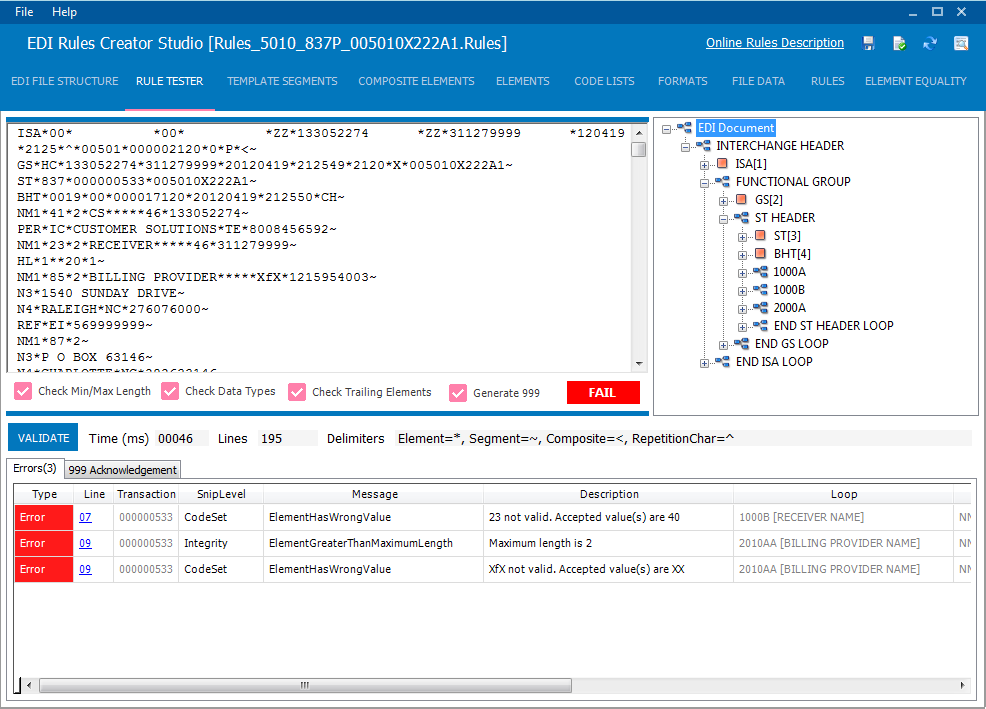 This easy to use tool has saved developers thousands of hours ( where they could be drinking a draft beer instead, but that’s another story ) by being able to see what’s wrong with their EDI data.  Being able to view the errors, incorrect values, incorrect segment and element usages (plus a million other things) really speeds up development.  To make things even easier ( if there’s such a thing ) just double click on the error and you will be taken to the exact line in the EDI file.

By the way, EDI Rules Creator Studio helps in the creation of EDI validation rules which are used to load and validate EDI files.  You can check it out here